Also Known As ‘The One Nobody Remembers’ 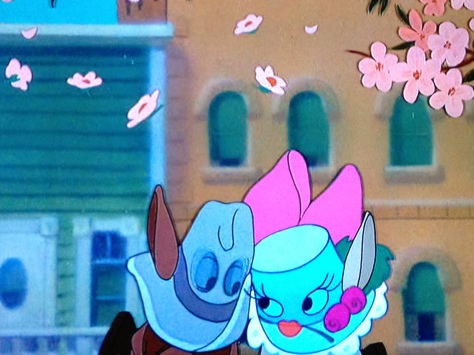 Make Mine Music is another package film from the 1940’s.  If you mention the name of the film to the average person, they likely will say that they have never heard of it.  Even for me, when I saw it was next on the list, I struggled to remember anything about it. However, upon viewing it, I saw that I did in fact recall seeing most of the shorts in this film when I was little, and liking most of them as well.  So perhaps it is unfair to call this film The One Nobody Remembers. People will likely be familiar with at least one or two of the segments.

The film may be described as being modeled somewhat after Fantasia, except it uses mostly contemporary music rather than classical orchestra pieces. It lacks the continuity of Fantasia, though, and simply feels like a bundle of very different shorts. Some tell clear stories, while others are purely abstract. Some of the music is instrumental, while others have singing. Various genres are represented as well, from opera to jazz to hillbilly hoedown. Not that any of these things are bad, necessarily. They are each very creative. They just don’t mesh together as well as they could.

Make Mine Music is a package of ten shorts. Because there are ten, and ten is a natural list number, I thought that rather than summarize the movie,  it would be fun to instead count down the shorts from the one I least enjoyed to my favorite of the bunch.

Before I begin, though, let me get one thing out of the way. If you happen upon the U.S. dvd version, you will find that one of the segments has been completed edited out of the film. “The Martins and the Coys” was removed apparently because the wacky gun violence was too much for the children to handle. Give me a break. As a movie lover, I can’t stand it when this kind of thing happens. It is like a famous artist going back to his or her painting, after it has been hanging in a museum for years, to tweak something he or she doesn’t like anymore. It just shouldn’t happen. Fortunately, there is this thing called the internet, so finding it wasn’t too difficult a task.

10. Blue Bayou.  Other than some pretty cool animation and transitions, this one is just…yawn. It doesn’t really work as the opening piece.  Oh, wait, it isn’t the real opening.  The real one was cut from the dvd.

9.  Two Silhouettes.  This is a dance number with live-action ballet dancers in silhouette form, with their dancing enhanced by Disney animation magic.  Overall it was pretty neat to see some of the effects.

8. Without You. It is a very abstract piece that features some awesome morphing effects with a lot of the color blue.

7. After You’re Gone. Here we are treated to another abstract piece, but this time with some jazzier music.  It includes dancing fingers on a piano.

6. The Whale Who Wanted to Sing at the Met. This is the concluding short to the film, starring a whale who sings the “Shortening bread” song to applauding seals.  And he also dresses up like a clown at the Met. Then he dies.

It’s too bad he didn’t get a cameo in “The Little Mermaid.” Think of the possibilities!

5. The Martins and the Coys, Old Southern stereotypes, cartoon gun violence, Mountain Dew drunkenness, and feuding families. It’s a shame that Disney pulled this from the home video release. It is a fun short despite some of its supposedly controversial depictions.

4. Johnnie Fedora and Alice Bluebonnet. A tale narrated in song about two hats from the department store who fall in love. Alice had beauty which was “sought by the girl she was bought by for $23.94,” and Johnnie and Alice become separated. Johnnie becomes depressed.  However, just as things are going down the gutter and hope is almost lost, fate brings them back together. It is a little-known fact that this short was the inspiration for the modern romantic comedy formula. Except like many things, Disney does it better, even when hats are the protagonists.

3. Casey at the Bat. It is a more traditional story which recites the poem about the mighty baseball star Casey who gets cocky and ultimately strikes out, causing devastation to the home town. This is one cartoon I remember quite vividly from childhood. I can still remember perfectly in my head the singing of the narrator and the lady yelling “Kill him! Kill the umpire!” while she draws a pin from her hat. Don’t ask me why that stuck out. 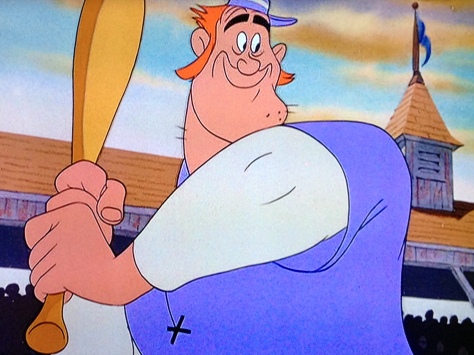 2. All the Cats Join In. I am probably in the minority ranking this one so high, but I find this jazzy number to be highly entertaining. The art style is quite different compared to the rest of Disney’s work, and the pencil sketching the scenes and props as the story is told is so much fun to watch. 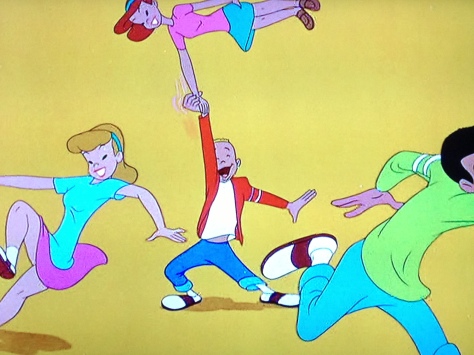 1. Peter and the Wolf. Here is another one I can remember well from when I was little. This short has great music, great characters, a scary wolf villain (or волк if you are Russian like the characters), and to top things off, it is narrated by Winnie the Pooh. It is just as enjoyable now as it was back then. One of my favorite parts is the introduction to each of the characters and their respective instruments. It works really well and in this instance the film successfully hearkens back to Fantasia. This is a top-notch short, in my opinion. 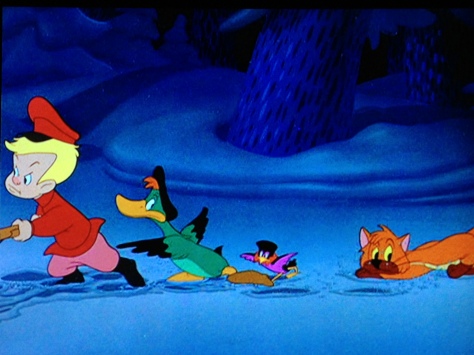 So there you have it. Most likely your list will be different from mine. That is the great thing about lists, and that is the fun thing about these package films. There is bound to be at least one short that people will like, and it is always interesting to see what people choose. 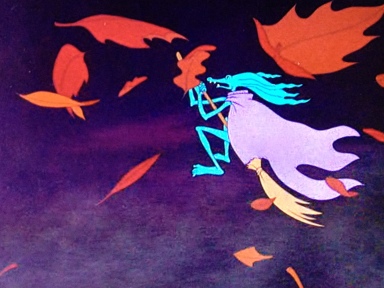 “Oh, great, where am I now? I KNEW I should have taken that left turn at Bald Mountain!”

One thought on “Week 8: Make Mine Music”